Here in San Miguel de Allende, Mexico, yesterday – as in hundreds of other locations around the world and throughout the U.S. – people gathered to peacefully protest the Trump administration and its draconian policies.

These protests marked the one-year anniversary of the millions-of-women-strong Women’s March last year as well as Trump’s fateful inauguration on January 20, 2017.

This is one of the true beauties of democracies, I feel: The freedom to assemble peaceably and speak one’s mind openly, whether by voice or by hand-held signs.

Here in San Miguel, the thrust of the gathering, held at the gazebo in beautiful Parque Juarez, was “Power to the Polls,” which turned out to be a lively rally to galvanize people to register to vote and help Democrats win races in the U.S. midterm elections this coming November. 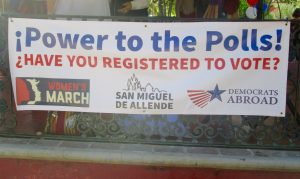 Both men and women — I’m guessing roughly 1,000 in all — full-time expats and “snowbirds” alike, happily sang along to “I Can’t Keep Quiet,” chanted in Spanish,“Si, se puede!” (Yes, we can!), danced in place, and, at the end of the rally, marched together around the park. 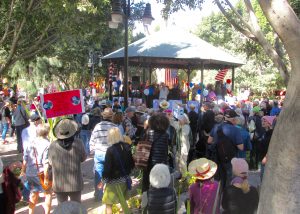 Speakers spoke about “working to reclaim our democracy.” One speaker named Bill stressed that men must now join women in this fight: “Now it’s time for ALL of us to take action;” he said, “together we will turn Congress blue in 2018!” 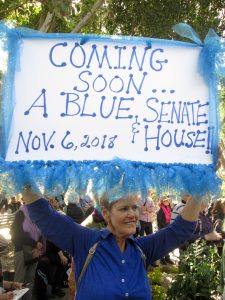 Here are a few more of my photos of the signs – and the faces – at the event yesterday: Democracy in action. 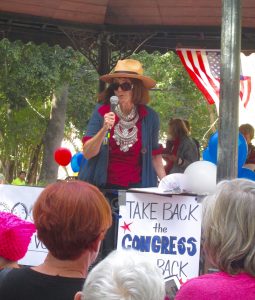 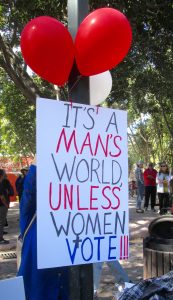 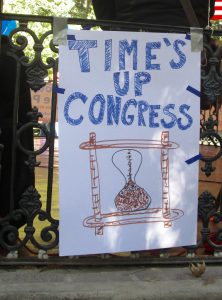 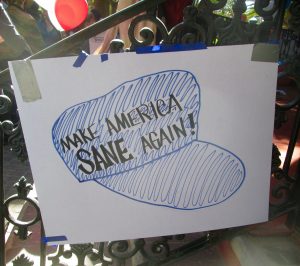 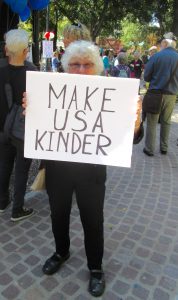