On early mornings such as these in snow-covered Taos, NM, when the temperature outside hovers in the low 20s and my bedroom thermostat reads 60, I think a lot about my great-grandmother, Helen Reid David Black, and the reasons she left Scotland for South Africa in the 1880s.

I never knew Helen, of course; in fact, no one in the family did because she and her husband Will died young and far away, leaving behind an orphaned son (my grandfather, who was sent off to an orphanage in Edinburgh and later broke out of that orphanage and stowed away on a ship to New York; he had his reasons too). But I’ve spent years imagining (and writing about) Helen’s life. I’ve tried, imaginatively, to walk in her shoes.

I’m sure she and Will, as newlyweds, had a number of personal reasons for leaving their charming little village, Kirriemuir (which I’ve visited), in Scotland’s eastern midlands — among them economic opportunity and adventure. But for Helen, I’m convinced, the weather played a large part in her wanting to go. She hated Scotland’s cold.

I know this, deep down, to be true. I know it in my bone marrow, in my DNA. Of all Helen’s descendants, I feel I’m most like her – at least in this respect: I can’t bear cold weather, and I will go to great lengths to escape it. I’m also sure that Helen loved living in Africa for many of the same reasons I did – one of those reasons being: it’s not cold there.

Countless Americans are, like me, the children, grandchildren, or great-grandchildren of immigrants. Our forebears had reasons for leaving their home countries in search of a better, safer, happier life; and most of them found what they were hoping for here, in their “Promised Land.” But now many in my generation, with traces of those ancestors’ restlessness still in their blood, are looking elsewhere to spend their retirement years. We have our reasons.

I’ve just stumbled upon a recent study, titled “Expats: Expectations and Reality,” published in Best Places in the World to Retire, in which 400 American expats were asked their reasons for moving abroad. I was heartened that this study’s results showed the six top reasons to be my main reasons as well:

So as I sit here on a cold November Taos morning, bundled in my quilt-covered bed, with this MacBook Air perched on my lap and icy-cold hands trying to type, I feel less alone. The American expat community – especially that made up of retirees — is large and growing. Right now, though, if I were to reconfigure my own list of reasons for hoping to retire in Mexico soon, I’d move “Better Weather” to Number One, from Number Three. I’m sure my great-grandmother Helen would agree. 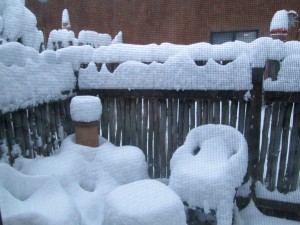